SES nurtures the development of each student to achieve their spiritual, intellectual, physical and social potential. Catholic values matter!

We offer two Math Levels allowing students to achieve their highest potential and excel in Math.

Students draw from their knowledge of whole-number multiplication and division as they begin their study of ratios and rates. Students cover the following topics:

Students extend their study of ratios and rates to develop an understanding of proportionality. The areas of emphasis are:

This course prepares students for taking Algebra I. Areas of study include: 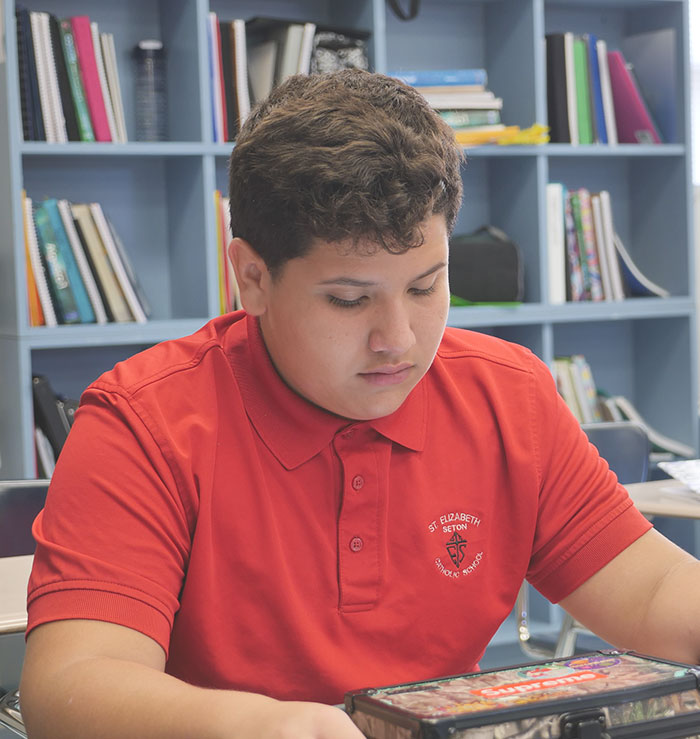 Students are able to learn Mathematics through daily presentations, modeling, interactive learning, independent and collaborative practice, formal and informal assessment, through different means of instructional resources to solidify student mastery of the concepts.

This course is designed to take the students on a two-year journey to have a firm grasp on the foundational concepts of Algebra and Geometry.

This course is to prepare students to successfully complete the solid foundations of Algebra and have them look forward to beginning high school Algebra I in 8th grade.

This course prepares students for successful completion of high school Algebra I and to advance to high school Honors Algebra or Honors Geometry as freshmen. 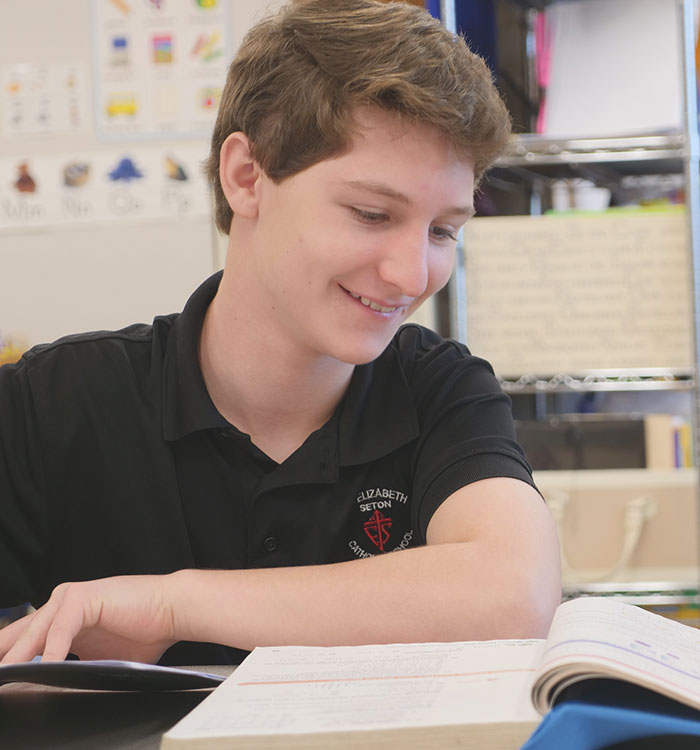 The mission of St. Elizabeth Seton Catholic School is to nurture the development of each student to achieve their spiritual, intellectual, physical and social potential.

Catholic values and traditions are incorporated with academic excellence in an atmosphere of faith, discipline and love. 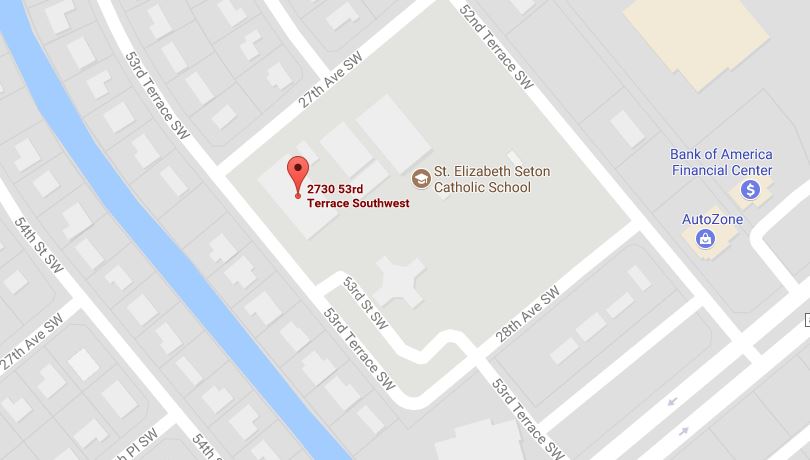